Appointed to the following Standing Committees: 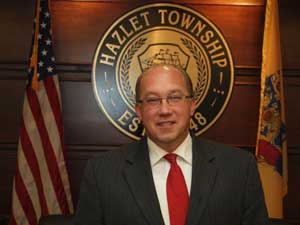 Committeeman Scott Aagre was first elected to Township Committee in 2004 and has served continuously since then, except for one year. He has served an annual term as Hazlet’s mayor five times. Before elected office, he volunteered for the Rent Control Board and the Planning Board.

He is a code zoning analyst for an architectural firm in New York.

Aagre and his wife, Regina, raised two children in Hazlet, which he has called home since 1984.